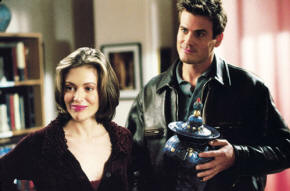 CLAY RIVERS
Clay was Phoebe's ex-boyfriend who came to San Francisco to get her to get Prue to auction off a stolen Egyptian urn, which was cursed. He feared for his life after a friend was killed by the Guardian of the Urn. 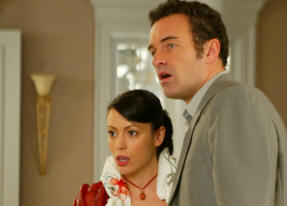 COLE TURNER
Cole became a member of the Brotherhood of the Thorn, who served the Source of All Evil. ("The Demon Who Came in from the Cold") He made a reputation for himself as a top assassin who could kill any witch, an athame being his weapon of choice. Cole was hired by the Triad to get close to and kill the Charmed Ones. To do so, Cole returned to Earth in his human guise and was set up as an assistant district attorney in San Francisco. 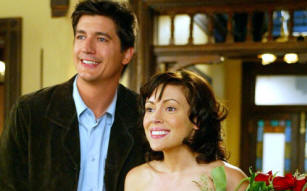 MILES
Miles was Phoebe's boyfriend. One night while making love to him, Phoebe had a premonition of him being caught in a crossfire and shot. Phoebe and Piper saved him the next day by freezing the bullet just beofre he was shot. Phoebe later had a premontion of the chandelier at the Halliwell Manor falling onto Miles, killing him and had to save him again. She then had another premonition of him falling off his balcony and had to save him yet again. 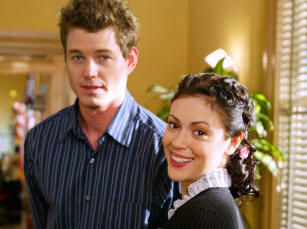 JASON DEAN
Jason Dean was first introduced in the Season 5 episode Baby's First Demon, while Phoebe Halliwell was showing off pictures of a newborn baby Wyatt. Phoebe was instantly attracted to him when they first saw each other, but panicked after she discovered that he was the new boss of the Bay Mirror which Phoebe writes a popular advice column for.

Their relationship quickly turns more bitter as Jason turns out to be a more strict boss than Phoebe was used to with Elise. However, later Phoebe wrote an article about finding love over the internet, she gets into contact with "cyrano73" using an instant messanger, and seems to like him, she later decides to meet him in person, who turns out to be Jason, scared of asking Phoebe out incase she rejected him, who made sure she liked his personality first, Phoebe agreed to start dating. 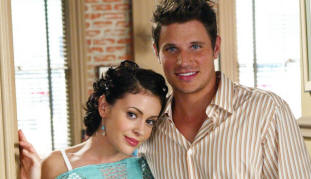 LESLIE ST CLAIRE
Leslie almost immediately became a love interest of Phoebe's, but like many other of Phoebe's relationships, this went down the drain when she returned from her sabbatical, and he left for another job. The two were incredibly attracted to each other, going as far to have sex in Phoebe's office during work hours (Charrrmed!). Leslie never finds out that Phoebe and her sisters are witches, though he believes Piper might be working for the government 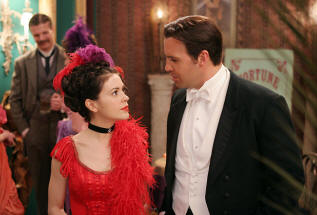 DRAKE DE MON
Drake dč Mon was a very powerful Mercury demon that became good and left behind his evil tendencies when he began to understand human compassion in his intense studies and research. Cole Turner told him where he could find a sorcerer that would turn him human and give him a soul, the catch or deal was that he'd give up his immortality and he would die in one year, plus Cole needed him to first agree to "renew Phoebe's faith in love" within that year in return. With mere weeks remaining, he finally come across Phoebe through his becoming the Literature Professor at the Magic School, and the two became romantically involved in the days before his death. 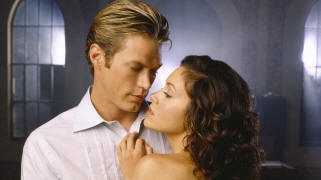 DEX LAWSON
Dex Lawson , an artist who apparently has an interest in Phoebe in the beginning of the 8th season, after finding out that she was dead. Phoebe surprisingly has a premonition that they are going to get married. After an overnight trip with him, they get married, but only under the influence of a spell. However, Phoebe is under the alias of Julie Bennett. She has no other choice but to tell him the truth: that she is a witch and is really Phoebe Halliwell. 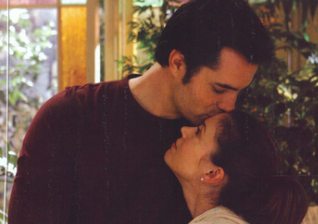 COOP THE CUPID
Coop was sent down by the Elders to help Phoebe repair her love life. To do so Coop gave her advices, and he even took her to the past to see her past loves - Drake dč Mon, Dex, Cole, even P. Russell's seductee, Anton, so that she could trust Love again and see all of the happiness Love brings. It was forbidden for Cupids to love just like it was with Whitelighters to date or marry their charges. That was until Piper and Leo. Little by little, they begin to develop feelings for each other, but hid them to save themselves from trauma.