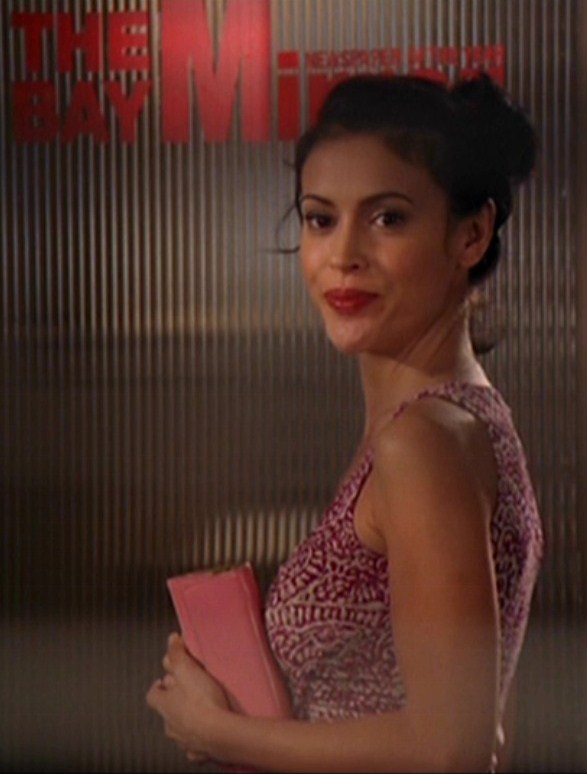 In short, Phoebe is a fearless, good-hearted but rule-breaking and fun-loving troublemaker.?She is outgoing, fun, and loves attention.?Unlike Prue, with her refined sensibilities, Phoebe is more down to earth.?She’s adventurous, a trait both Prue and Piper admire. 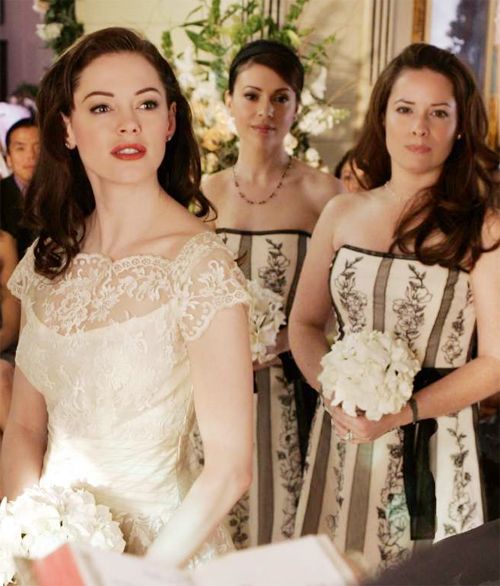 Phoebe’s rather proud of that herself, and encourages her sisters (and others) to take chances too.?She is always up for excitement.?As mentioned previously, she approached the discovery of magic with the same fearless, fun-loving attitude.

The flip side of her outgoing attitude is that she’s sometimes reckless.?She doesn’t like to back down or admit mistakes, something she has in common with Prue, and the clash of their strong wills often leads to friction.?Phoebe’s reckless side also comes out in her tendency to hang out with the bad boy crowd.?She finds men with an edge of danger or mystery attractive.

She’s a romantic, though, and has a good heart; she wants the edge but not the truly bad boy.?The rebel with a heart of gold is more her speed.?In any case she’s young, she’s just found out she’s a witch, she’s having adventures.?She’s not looking for anything serious just yet.

While outgoing and attention-seeking, Phoebe is very sensitive to others.?In fact she’s particularly intuitive and observant.?She has an ability to make strong connections, is a good listener, and gives supportive and sound advice.

Her ability to connect with people means she is often able to gain the trust and cooperation of innocents in a crisis situation.?Her romantic side often comes out in her interest in Prue and Piper’s relationships.?She often encourages them to date and to open themselves up to love even if it’s a risk.?”Give to get” is one of her mottos.

One aspect of Phoebe’s sensitivity is that she is impacted more than she will admit by criticism, especially from her sister Prue.?Prue’s disapproval over the years contributed to her rebelliousness, as she wouldn’t admit how much she wanted Prue’s praise. 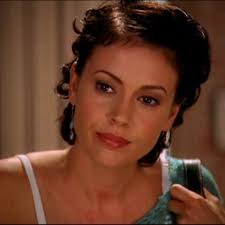 The truth is that Phoebe deeply loves her family.?Her feeling that she “missed out” of having a father or mother makes her long for connection.?Through magic she got the chance to reunite with both her parents, and to get a better relationship with her sisters.?That is one of the things she loves most about being a witch.

One of her greatest fears, on the other hand, is losing a sister. Another of Phoebe’s great fears is of her own dark side, which is one of the reasons Prue’s criticisms about recklessness affects her.?The Woogie Man targeted Phoebe for possession, rather than Prue or Piper.?She fears that this means she is more susceptible to evil than her sisters.

Piper assured her that she was targeted only because she was born in the house and had a connection to the Nexus.?But Phoebe pointed out that the power of the Nexus was neutral – it could go either way, good or evil.?Maybe she was the same.?This is a fear she will continue to wrestle with in later seasons.